Our grandfather, W.B. Camp, upon graduation from Clemson University in 1916, was hired by the USDA and sent to California to promote commercial cotton production in 1917 for the WW1 war effort.  Once he came to California from South Carolina, he found a new home in the west and stayed to eventually start farming on his own in 1936.  His son Don, joined him after college and a stint in the military to continue the family farm, which is still in operation today.  Don opened his first John Deere store in Buttonwillow in 1969, when the California aqueduct opened the west side of the valley to agriculture.  The Bakersfield and Delano locations were added soon after, then Motorsports in 1990, and the Lancaster Deere location in 2004.  We have appreciated customer support in all of these locations.

We are entering our 50th year of operation in the equipment business providing solutions to those we work with.  We want to say “Thank You” to all who have supported us and to the employees who have been with us through the years.

Our business is one of providing solutions for those who are involved in Agriculture, professional lawn care, or with motorsports needs.  What gets us up every morning is the desire to provide efficient solutions for our customers so that we can save them money, reduce their expenses, and/or make their life easier.  We do this across several platforms using technology when possible to achieve those goals.

Precision farming is the name of the game in our high value crops and agriculture.  We are committed to providing solutions as our offerings show, both from Deere and from providers in arenas that Deere does not participate in.  Our staff is trained in providing support in these areas in order to maximize uptime.

We look forward to serving you as our fourth generation continues the legacy of taking care of our customers. 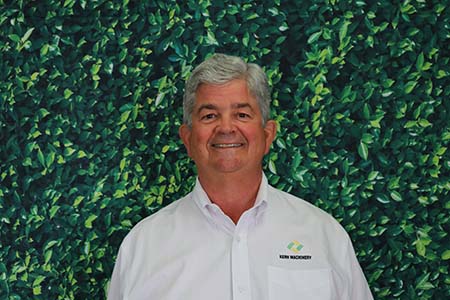